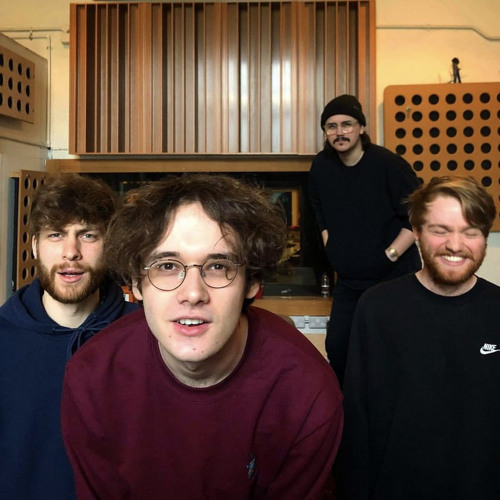 Lovejoy consists of lead singer Wilbur Soot, with Ash Kabosu as bass guitarist, Mark Boardman as the drummer, and Joe Goldsmith as lead guitarist. Releasing their new album “Are You Alright?” on May 24, we already have four released songs from the albums, which I will be reviewing the first two tracks on the album. Wilbur previously was a solo artist with released albums “Your City Gave Me Asthma” and “Maybe I Was Boring”. It is unclear if he will continue making solo tracks alongside being in Lovejoy or not, but Wilbur’s previous albums are somewhat similar to Lovejoy’s new tracks, somewhat a mix of the old and new.

The first track on the album is “Taunt”, which is very upbeat despite it’s indications. It must be said that compared to Wilbur’s previous releases, the added sounds and beats show a lot of progress, but of course, I will not be comparing Wilbur to Lovejoy in this review. Taunt’s bass line to me is what makes this song stand out from the beginning, accompanied with the guitar and trumpet. Taunt to me is about a relationship he had with a female who confused him and how he dealt with that person. The line “Don’t you think we can all tell / you’re insecure” solidifies that this is his taunt back at the person for taunting him as he feels.

The second track on the album, “One Day” is by far the most popular release after it was teased during Wilbur Soot’s livestream. Although he claims it’s “the worst out of all of them”, fans can all agree that this song is one you can scream on the top of your lungs too. This song is a more obvious meaning, but to me, it’s about never getting closure on toxic relationships. He “plays the empath” every time with this person because the person made him feel as if it was his fault. He regrets this relationship and is terrified of getting hurt again.

For the entire pre-release I would give a 7/10, solely because I couldn’t stop headbanging to “One Day”. The other two tracks on the pre-release are okay, but I feel it slowed down a little bit and then the beat became repetitive. The lyrics are excellent, and so is the sound, and Lovejoy is definitely a good listen for anyone who listens to British pop-rock.