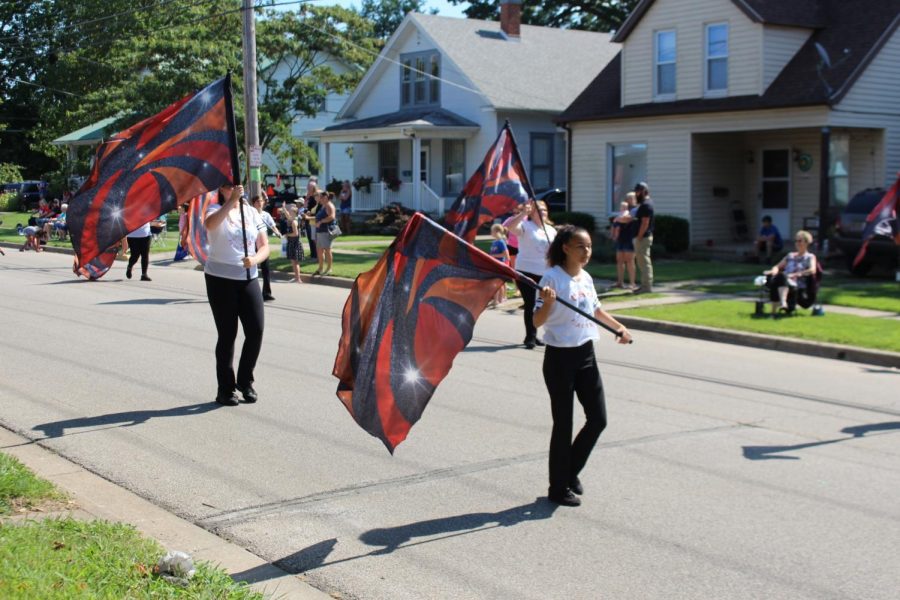 The CHS Flag Team joined the band at the Popeye Picnic in 2019.

The CHS flag team was officially canceled on May 19. Due to the lack of participants, Mr. Colonel, head sponsor, and head coach Lisha Gaertner reluctantly agreed to terminate the program for next year.

Flags were an important part of the high school experience for many, including parents. The hard-working flag participants were disappointed by the news and are anticipating the next time the flag team will see the light of day.